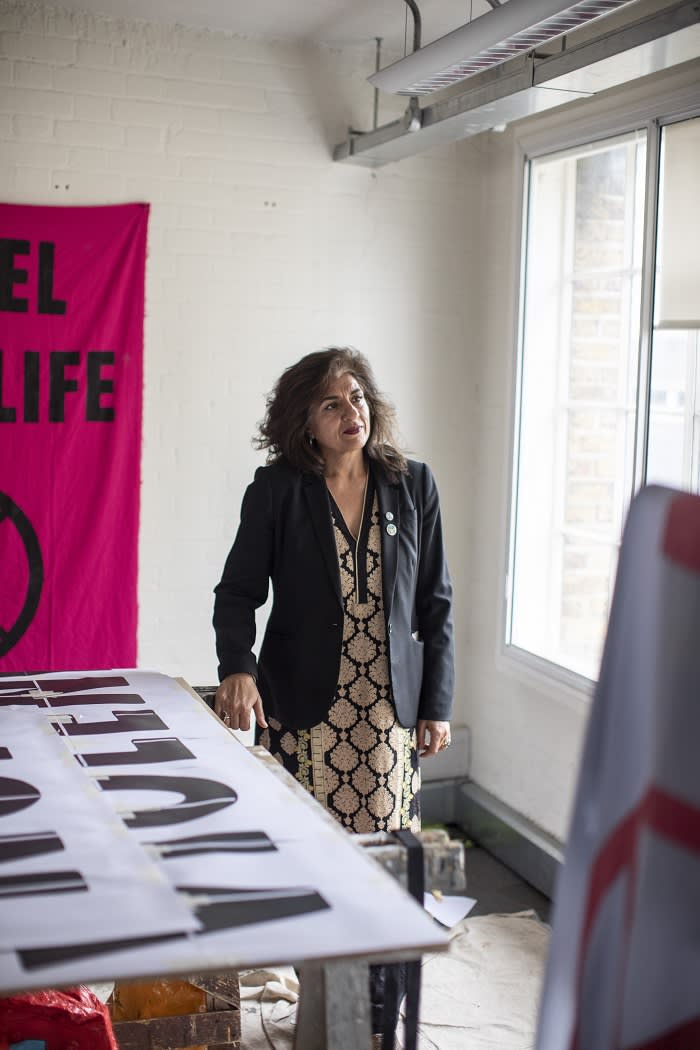 Farhana is an internationally recognized environmental lawyer, climate change and development policy expert. She has advised leaders and ministers on UN climate negotiations for 30 years, representing small islands and developing countries and attending nearly every major climate summit since 1991. In addition to founding Track 0, she is an Associate Fellow at Chatham House, a Director of Impatience, Senior Advisor to SYSTEMIQ, a FRSA and Visiting Professor at University of the Arts, London, and deputy chair of the Climate Vulnerable Forum expert advisory group. She is currently the Coordinator of the Climate Justice & Just Transition Donor Collaborative Project – a project bringing together some of the world’s largest private philanthropies on an educational journey about how to tackle systemic inequalities through intersectional solutions.

She was voted Number 2 on the 2020 BBC’s Power List with the judges describing her a “powerhouse of climate justice” and is active in numerous community-based initiatives and social justice movements. She is a columnist at Business Green and appears regularly in the media. She trained as an outdoor education leader and did a number of courses on nature connection, including how to support racialized minorities to access & enjoy green spaces. She works part time at the Doc Society coordinating the Climate Reframe Project which seeks to amplify the voice of racialized minorities in the UK environment movement.

From 2013 – 2018, she was an Advisor to the Republic of the Marshall Islands (RMI) and advisor of the Expert Group of Advisors to the Climate Vulnerable Forum, a coalition of 55 of the world’s most vulnerable countries, that played a key role in the 2015 Paris Agreement negotiations. The campaigning NGO she founded, Track 0, is widely credited with getting the goal of net zero emissions by mid-century into the Paris Agreement through strategic communications and behind the scenes political and diplomatic coalition-building. She has worked with larger developing countries on climate and development policy issues including China, India, South Africa and Brazil. As an academic, she has published numerous books and articles on the intersection of climate change & social justice. At the Glasgow UN Climate Summit (COP26) she was an advisor to the Government of Bangladesh, led the Climate Vulnerable Forum and worked behind the scenes with climate justice activists, Indigenous Peoples, the Scottish Government and foundations who collectively secured a historic first commitment to funding loss and damage in the Global South.

She has taught in UK universities for 30 years including as a Visiting Professor at University College London and now at UAL. She stepped back from UN negotiations in 2018 to focus on non-violent civil disobedience and social justice movements. As Political Coordinator of Extinction Rebellion for a year, she played a key role in XR April 2019 protests, gluing herself to the Shell HQ offices in London, alongside thousands of other activists. She is a champion of community-based action and is Chair of Bigbury Net-Zero, Devon, and also co-founded Camden Think and Do as ways to experiment with radical inclusion and concepts of social & spatial justice by supporting communities create “pop up” actions hubs in urban and rural settings.  She also sits as an expert on various Commissions including Camden Renewal Commission and IPPR’s Commission on Environmental Justice. She serves as trustee or an advisor to several organizations’ working on the intersection of social, racial and ecological justice, including the Tate Modern and Julie’s Bicycle, an organization working on supporting artists and the cultural sector tackle climate justice and sustainability.

Farhana is championing climate justice and just transition as central organising principles in the UN Climate change negotiations. In October 2021, she published a “Manifesto for Justice for COP26 and beyond” in The World Today advocating that equality and fairness must be at the heart of all future climate change talks to allow those hardest hit by global warming to have a say in their future.

Justice Reset is a unifying demand first presented at COP26, Glasgow, November 2021. It gathers all constituencies whose call for climate justice and just transition recognises the need for a complete overhaul of the existing system by shifting resources and political power to those with less. It supports the convergence of multiple groups and voices who agree that climate action requires global solidarity based on systemic change and cannot be solved by a patchwork of weak policies.

Ms Yamin was voted number 2 in BBC Woman’s Hour Power List 2020 with the judges describing her as “a powerhouse of climate justice.” The list celebrates the work of women celebrating 30 inspiring women whose work is making a significant positive contribution to the environment and the sustainability of our planet.

You can listen to the programme here 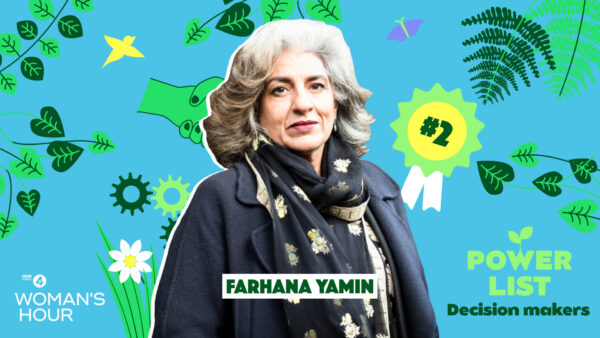 Climate award presented by Culture, Health and Wellbeing Alliance (@CHWAlliance) in partnership with @HappyMuseum and @CultureDeclares for the @ThinkDoCamden Collective. 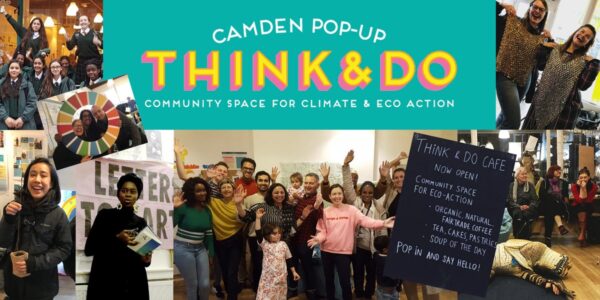 Ms Yamin was one of thirteen woman working on the Paris Agreement chosen by Vogue’s Make These Women Famous for their behind the scenes work on negotiations to save the most vulnerable countries and communities. 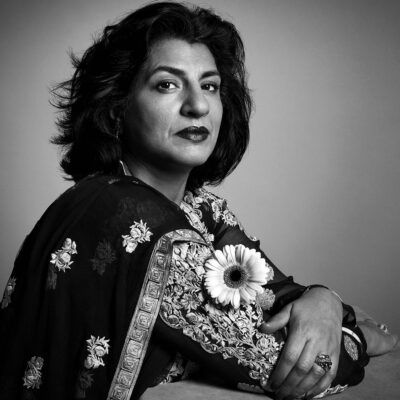 Ms. Yamin contributed to the work of the Intergovernmental Panel on Climate Change (IPCC) that received the Nobel Peace Prize in 2007. She was nominated by the UK as Lead Author for the IPCC from 1994-2007 and worked on three IPCC assessments. Her contributions crossed the work of both Working Group II and Working Group III.

She is proud to have contributed to what were considered pioneering chapters on development, equity, fairness and social considerations in the Second & Third Assessment Reports and definitions and approaches to defining key vulnerabilities and dangerous climate change in the Fourth Assessment Report. 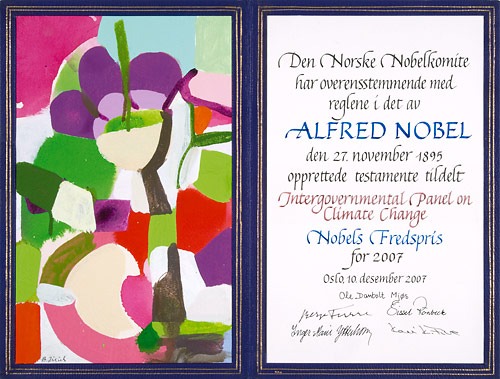 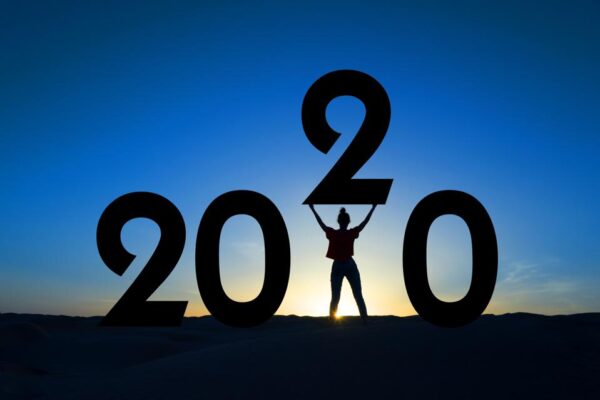 Sound Advice, a platform that explores race and the built environment through music, showcases undervalued forms and processes of contemporary spatial practice during its 2020 virtual awards ceremony.

The platform aims to use the award ceremony as a tool to draw the architecture industry’s attention to new and hidden forms of spatial practice. Each award will celebrate a spatial practice whose work is creating and delivering a more equitable city. 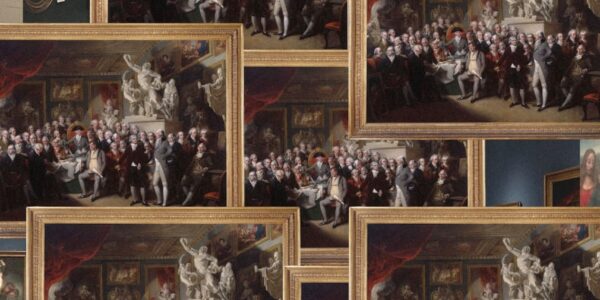