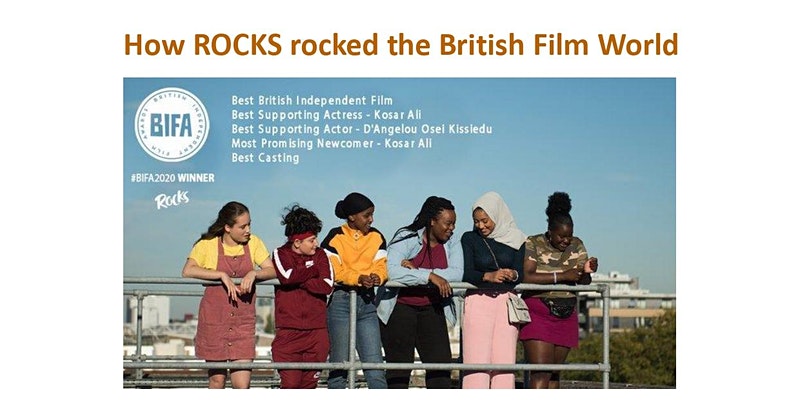 ROCKS – a coming of age film led by an unknown cast of young actors has just won 5 awards at the 2021 British Independent Film Awards, including for best film. Join ROCKS director Sarah Gavron and associate director Anu Henriques for an informal and friendly chat about how the film was made and why we see so few contemporary films portraying the challenges facing young people growing up in multi-racial Britain today.