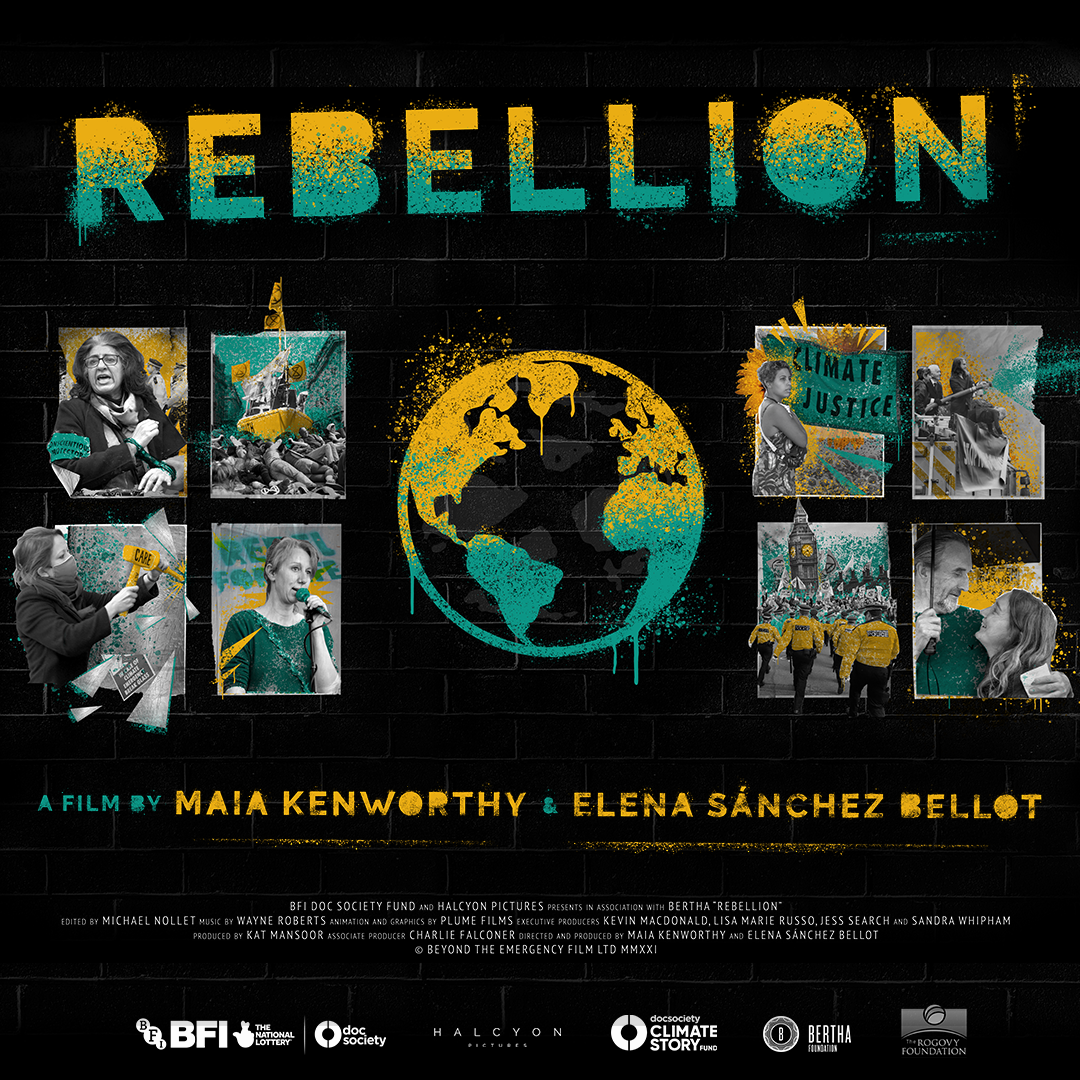 Rebellion is the first feature-length documentary to tell the behind-the-scenes story of Extinction Rebellion from its launch in 2018. Given unprecedented access, the filmmakers follow a diverse group of unlikely allies who have come together to confront the climate emergency, and depicts the highs and lows of the movement as they crash into the status quo – and each other.

In the decade since the Financial Crisis, action on climate change had slipped right down the political agenda. In 2018 a new group emerged, Extinction Rebellion (XR), with a bold tactic to break through the deadlock: mass civil disobedience on a scale not seen for decades.

Rebellion follows the journey of XR co-founders as well as Farhana Yamin, an international environmental lawyer who played a key role in negotiating the Paris Climate Agreement, as she decides to break the law for the first time in her life. After decades of UN climate negotiations, Farhana is determined to sound the alarm and see governments act.

As Farhana says in the film: “I’d come into the UN system thinking it’s a fair fight – we’ve got science and law and economic analysis. But you had intensive lobbying from the fossil fuel industries, and the financial industries that support them, and it wasn’t a fair fight.”

In April 2019, XR brings London to a standstill as thousands take part in one of the biggest acts of civil disobedience in British history. Within days of the protests, a climate emergency is declared by the UK Parliament and climate change is propelled to the heart of public debate. Many countries around the world, from Canada to Bangladesh, follow suit declaring emergencies.

But rebelling has repercussions. In the wake of XR protests we witness the backlash, as police blacklist activists, and the government pushes a new bill that threatens 10 year jail sentences for those causing ‘serious annoyance or inconvenience.’

Challenging the state is difficult. Keeping a movement together is even harder and as XR becomes a global phenomenon, internal tensions rise. Clashing ideas and priorities emerge, culminating in XR Youth calling out the power imbalances of the group. For them, climate change is not just an environmental issue but is rooted in – and reinforces – social inequalities.

Rebellion crucially tells a story about the health of our own democracy. The moment of protest freedoms depicted in the film may soon be impossible. The film’s release comes as the UK parliament debates the Police, Crime, Sentencing and Courts Bill that aims to curtail the space for peaceful protest. The Bill has been criticised by human rights campaigners as an attack on free speech and democracy.